Can you direct me to the escarole-ehshshesh-shhh??

Here's a question I've been asked many times:

WHERE THE HELL DO YOU FIND SOME OF THE INGREDIENTS!??

Honestly, I get a bit frustrated with the obscurity of ingredients in some of the cookbooks and magazines. I mean, Ostrich tenderloins? Like... really? Not just the random meats, but some of the small things thrown in there sound like they're written in pig-latin. But I've found that a quick Google seach of the ingredient will tell you what it is... will give you a good idea of what you can substitute it with! I know, I know, it's probably bastardizing someone's recipe creation... but screw that, I live in a small city in western Canada. Even if some of the grocery stores get it in, the staff hasn't heard of it, and it's in a random place that NO ONE WOULD LOOK FOR IT. And the only people who are buying it are the people specifically scouring their brain trying to sort out where the hell 'daikon radish' would be. I would have to drive 3 hours to the next major city to find some of that shit. Like Kombucha. 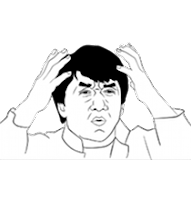 BUT a quick Wikipedia search will tell you that, "Kombucha is an effervescent tea-based beverage that is often consumed for its anecdotal health benefits or medicinal purposes. Kombucha is available commercially and can be made at home by fermenting tea using a visible, solid mass of yeast and bacteria which forms the kombucha culture"
WIKIPEDIA KOMBUCHA LINK

But substitutions for most ingredients can be easy.
FOR EXAMPLE: 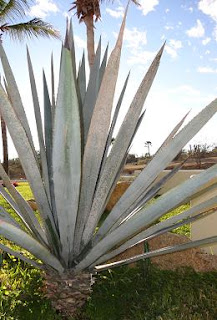 Agave Nectar. I couldn't find it for the life of me. It's a sweetner that is sweeter than sugar, but much healthier. It doesn't spike your blood-sugar levels like sugar. SO... because I couldn't find it, whenever a recipe asked for Agave Nectar or Agave Syrup, I just used honey instead. :) Where there's a will, there's a way. I brought some agave nectar home from Mexico when I was there in February. A week later, I stumbled on a bottle of it in a store at the mall. FRACK. Agave Nectar comes from the agave plant. Which is used to make tequila. The agave is a wonderous, wonderful thing.

If I don't feel like buying specialty rice, I use brown. Don't have a vanilla bean? Use extract. No special mushrooms in the store with words you cannot pronounce?? ... those other mushrooms in the produce aisle will do just fine. I can't eat broccoli, so I use other greens and veggies instead. I'm allergic to kiwi, so I use strawberries or another fruit. Can't afford a million variations of seeds? Use what you have! Be creative! Hell, you may discover something new and fantastic!
Posted by Zombiegyrl at 8:42 PM