So here's your warning. If you don't want to read about it, stop here. If you do, then by all means. 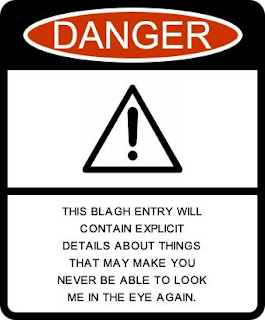 So, I've been feeling very ill for the last few months. My stomach isn't right. I eat clean, I feel great otherwise, but every once in a while when I eat breakfast/lunch/dinner, I immediately have to run to the washroom. And it's out of nowhere, not a lot of warning. It's come to the point where I am hesitant to eat out, because I have to be aware of the fact that I might feel crampy and bloated, and alarmingly have to run to the facilities afterward. So when I'm out, I stick mostly to simple salads and fish, as I've found they don't give me much problems. After a recent trip out of town, a 3 hour drive through the prairies, and being uncomfortable for an hour of that from only drinking a latte, I decided enough was enough, and I needed to go to the doc.

I suspected a lactose intolerance issue. My doc suspects anything from a gluten allergy, to Crohns. SO. She ordered bloodwork, and a barium enema.
YES. You read that right. Barium. Enema.

So, I shall now provide you with my experience with:

Morning of prep: I can only drink clear liquids, such as coffee, tea, clear juices, broths, etc. Now, I sometimes skip breakfast because I'm in a hurry, with no problem at all. Why is it that, when you're instructed that you can't eat solids, you suddenly crave a giant block of cheese and half a cow for breakfast? Gah. Coffee it is.

I'm also getting nervous about this whole thing. I dunno if this was such a good idea. I question the sanity of my doctor, and wonder what I did to make her hate me so much?

12:00pm: Now, I'm home from work to begin my process. So, start with the 300mL bottle of Citro-mag. Staring at a huge bottle labled "LAXATIVE-PURGATIVE... with lemon/lime flavor" reminds me of that horrid syrupy medicine that our parents fed to us by the spoonful, with the promise that it tasted just like a grape popsicle. And of course, it tasted nothing like delicious grape popsicle. Instead, it tasted like liquid purple death. So since then, I think we have all been conditioned into realizing that anything medical-related tastes like goat-spit. And I was faced with a whole bottle to chug. So when it didn't taste like licking the underside of lemon/lime testicles, I was quite pleased, and chugged away. They then instruct you to drink 6 glasses of water. After glass number 2, I start questioning the actual size of my stomach, and whether or not 8 glasses of water will fit in there. Halfway through glass 3, I suddenly felt the immediate urge to check my voicemails. And turn the TV on. And change my clothes... Anything to procrastinate drinking more water. But that bolded and capitalized statement in my instruction pamphlet, "IT IS VERY IMPORTANT TO DRINK THE STATED AMOUNT OF WATER." kept playing through my head. If Facebook and Twitter have taught me anything, it's that when I read bold, capital letters, I read it in my mind as if that person is shouting at me. So, I plow forth with my water.

12:30pm: I feel and look like I'm pregnant. Pregnant with a gigantic 48oz H2O baby. It's kind of entertaining, but making me feel nauseous at the same time. I'm not gonna poke it, as I feel it would result in something quite unpleasant.

1:06pm: Have you ever watched a dam being time-released? I am pissing out of my asshole. Everything I know about anatomy has been thrown down the toilet along with everything I've eaten my whole life.

2:44pm: I want to have a nap, but my soon-to-be-violated sphincter has made that impossible. To top it off, every time I get up, my bird laughs hysterically at me. (any other day, I'd interpret the loud giggle-like chirping as happiness that I'm home. But I swear she thinks this is funny) And I'm starting to feel lethargic and light-headed. This cannot be good for you, and the people that invented this cleansing process likely have never had to experience it. Why would anyone do this voluntarily? Trying to distract myself with TV, I am grateful that I have a day job, because daytime TV is the worst form of garbage I've ever seen in my life. But no good movies on either. 'Contact'? Yeah. I'd rather get a barium enem.... oh wait.


3:30pm: The 5 minute interval eruptions have subsided. Which is great, because I'm hungry and getting grumpy because I can't eat anything. Just went to grab a Perrier from the fridge, and noticed the time. This means in half an hour, is round two of the meds I was given. I hope it's a food-pill like we thought would exist by now when were wearing snap-bracelets, Jordache Jeans and cheering on a winning hockey team in Edmonton. I have subsequently put the bottle of Perrier back, because I'm going to have to haul through 6 more glasses of water in a half an hour. FML. 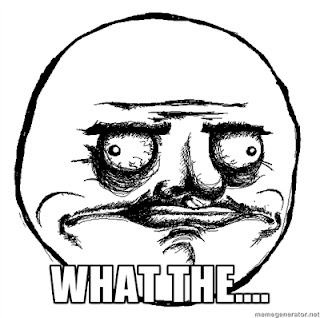 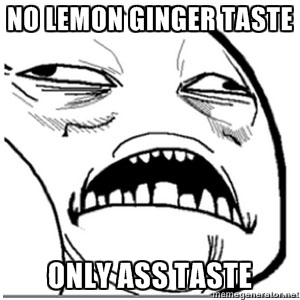 I can't describe it. But it is vile. It has natural ginger-lemon flavor. Nothing in that tiny bottle tasted lemony or gingery, it just tasted like a full glass of ass. I added more water to see if it would dilute it. BAD IDEA, because now I don't only have 3/4 of a glass of ass left to drink, I now, again, have a full glass of ass to drink.  So I gulp that motherfucker down as fast as possible, and then quickly follow up with the 6 glasses of water. Earlier, I had decided that the glasses I was using were far too large, so I switched to smaller glasses (they say A Glass Of Water, not specific measurements. HAHA! Eat it, semantics!). After consuming the glass of ass, the 6 glasses of water were relatively easy to consume in an attempt to push that shit as far away from my tastebuds as I could.

4:16pm: Oh good. Phosphate Solution is just medical code word for "Nuclear Colon Explosion". I swear to God, by the end of this, I'm gonna have an intestinal tract that Mr. Clean would be goddamn proud of.

I'll spare you the rest of the details of the night, but I'll tell you it involved my Backside Vesuvius like clockwork most of the evening. Thankfully it subsided enough for me to get a good night's sleep.

To the hospital I went. I walked down the hallway to radiology like a prisoner to the electric chair, wondering if I would ever return. The procedure took the the longest 15 minutes on earth. Thankfully, the radiology assistant and radiologist were more than kind. But I'll tell you, when they try to make pleasantries with you, when you know what they're about to violate you with, you just don't feel like talking about what you do for a living or how the weather is. Because you know what they do for a living. They stick a probe up your arse and take pictures like a fucked-up soldier on leave in Bankok. You really can't concentrate on what they're saying anyways, BECAUSE THE PROBE IS HANGING IN FRONT OF YOU LIKE A VULTURE BROODING ON A DEAD TREE OVER A DYING ANIMAL IN THE DESERT.

Here's my favorite part:
So now that I have been violated (which wasn't as bad as I thought the Ares V rocket going into my coal mine would be), the Radiologist comes in the room. He asks me, "Hi, how are you?"
...
...
... Are you kidding me right now.
I managed to respond with, "Um, I've had better days."
What I meant to say was, "I have a plastic stick stuffed halfway in my back field, on an exam table, about to be filled like a water balloon pinata and jostled around on a gyroscope table, whilst someone takes pictures of me like I'm doing a photoshoot for Canada's Next Top Digestive Tract Model. How the fuck do you think I am?"


Anyways, it was unpleasant, it was uncomfortable, and I certainly wouldn't ask to go back for a second date. Not only do they squirt barium up your intestines, but they shoot air up there as well like a clown blowing up a balloon. You half expect them to turn the monitor around of your fluoroscopy and see that they've turned your intestine into a french poodle. And not only are you now full of air and barium, but they start making you roll around like a rotisserie chicken to xray different angles. You know when you've eaten a gigantic Mexican dinner, and you're bloated, gassy and it hurts to grab the remote to change the channel? Try doing the hokey pokey on an xray table.

In the end (no pun intended), I'm glad I had it done, especially if it results in a diagnosis of something, or an elimination of something more serious. I would have rather had a colonoscopy though, where they just shove a camera up you and look around like a National Geographic documentary. So, my boys, you have no excuse. You neither, ladies. YES, it's unpleasant. YES, it's embarassing. But on a serious note, hey... it could actually save your life.

(oh, and if you're wondering what happens with all of that air and barium.... I think you know exactly how it comes out. One more day of running back and forth from the couch to the latrine. You don't dare fart without being over a toilet, because it will likely result in a 'situation'.)

Posted by Zombiegyrl at 2:18 PM