The Devil in Disguise

Welp, that seems to seal the deal.

I've been extremely serious about my lactose and gluten free weeks. Lactose was relatively easy, but I didn't see a huge difference. Gluten free however... I've read labels, I've bought new confusing products, made new recipes, and even left restaurants that could not assure me of any of their dishes being gluten free. It hasn't been easy. BUT on the flip side, I've had great conversations with people who have read my blahg, and have spouses, brothers, sisters, aunts, uncles, friends or they themselves who are Celiac, gluten intolerant or have Crohns. I've also discovered new restaurants that have gluten free menus and options, and have found products that I would have never tried otherwise. And I've felt GREAT. Better than great, I've felt normal! First time in ages. Even when Commonlaw Spouseoid tricked me by making my morning Matcha lattes with not just milk, but 2% milk (which I never drink, I always drink skim). To no effect whatsoever. No problems to speak of, except maybe a bit of distrust, because trickery is just rude. But I appreciate him wanting to find some answers, even if it would have sent me racing for the nearest John. (BTW, why the Hell is a toilet called a John anyways? Was the inventer's name John? And did he proclaim, "I want to name this thing you crap in after me!" but Sir Edmond Toilet already had the patent? Things to Google later... ) 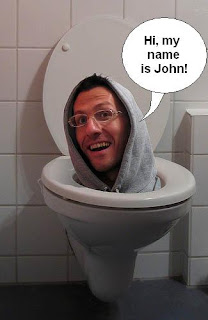 Last night Commonlaw Spouseoid and I went to one of our favorite eateries, who always had a few dishes that could be made gluten free. To our surprise, the menu had been changed, and now excluded most of the GF options. Only 2 dishes remained on the menu that specifically could be altered to suit GF. When we inquired about the nachos, and how they made them Gluten Free, the waitress had no idea what we were talking about. We chose to order them anyways, and see what transpired.
When they came to the table, the tortilla chips were not any different than the regular ones. Long story short, I don't even know if they were ordered gluten-free or not, because the waitress seemed baffled when we even brought up the term 'gluten'.

ANYHOO. Well, sweet mother of all things sacred. About an hour after consuming said nachos, I felt sick. I mean, punch-in-the-stomach sick. I then locked myself in the bathroom for the next hour. Pain, cramping, nausea, and all of the lovely other things that come with an intestinal evacuation.

SO. In conclusion, I believe I have discovered the secret to my chronic stomach problems. The doc had asked me to do a week on IBS medication eating normally, but to be honest, I don't want to eat normally. Now that I feel great, I really don't want to poke the bear within. It's like, "Hey, your foot pain could be caused by gout, OR could be because of this giant needle sticking out of it. We'll remove the needle, and next week we'll put the needle back in and feed you cranberry juice." But once they take the needle out, you feel good, and you're all, "Wow! This feels fucking fantastic!" And then they're all, "Okay, let's put that needle back in for a week" and you're all, "Touch me with that thing and I'll murder you in your sleep, bitch." Well, that's where I'm at. But the needle is wheat. 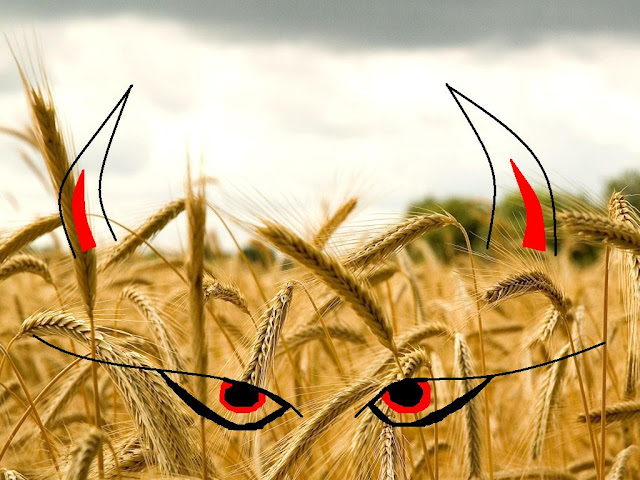 I'm still going to keep a close eye on my reactions to things. If I feel shitty a few times when I know something was GF, I'll try the IBS thing, but for now, methinks I have a very different road ahead of me. One day at a time!
Posted by Zombiegyrl at 1:26 PM